Bokuk circulator keeps pleasant and clean air by circulating indoor air locked up and down, and left and right through using straight-screw-based air applied with jet-engine technology of the aircraft. We have improved lifespan and performance by applying Ultra-Booster Motor equipped with Ball Bearing changed from the previous Oil-less Bearing. Moreover, the product also releases air locked in blind spots through adjusting wind towards right directions with the front grills designed as a spiral.

The previous round-shaped wing is changed to z-shaped one. Bokuk Z-Booster Wing circulates the entire indoor air locked, so there is no blind spot. The end of wing is designed as a z-hook shape, which helps collect wind to the end of wing, otherwise can release small quantity of wind, and make rich and quality wind. 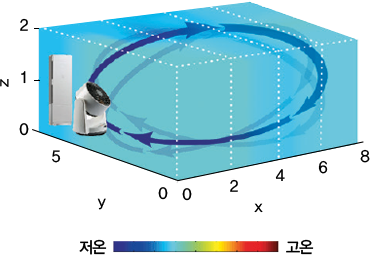 Bokuk circulator can form wind reachable up to 12m through the ultra-booster motor
and jet booster wing. The room temperature is kept in a constant degree by circulating
air up and down, and left and right automatically from the ceiling to the floor.

With strong wind and low noise, our circulator give both functions at the same time. The minimum noise is 30dB, just like the level of whispering. It delivers soft and rich wind more strongly and quietly. 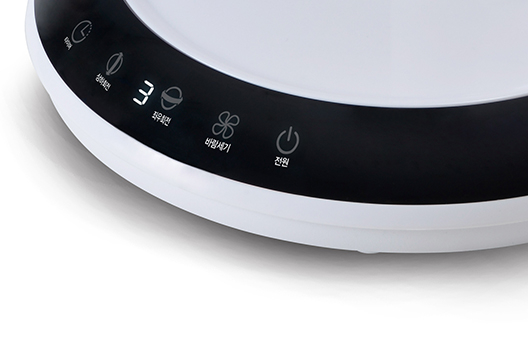 Our insistence in air care is led to the creation of air cooler. Wish of Bokuk Electronics, "we want to deliver circulation of air and clean air" was the reason for the development of air cooler following Bokuk circulator. Air cooler helps save energy by lowering ambient temperature through cool wind passing through a refrigerant pack and checking change of the current temperature. In addition, a removable dust-filter can be washable, so it is efficient and sanitary. 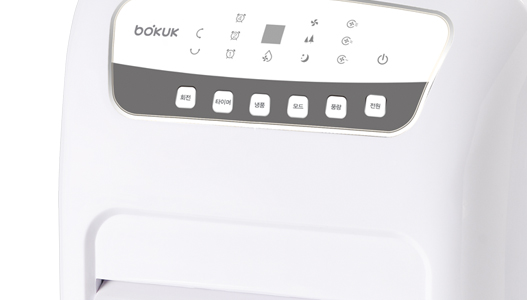 Bokuk has always thought about wind from artificial fan-made to soft even to babies,
reachable further than a fan, and able to release and circulate indoor air locked.
We will give you an interesting story about how today’s Bokuk circulator was born.

Bokuk realized there is change in trends which is customers
who used to simply purchase home appliances have started choosing the products by seriously considering
all details or even joined manufacturing them, so we have changed the wind from the existing artificial fans.

Bokuk has introduced technologies of air mechanics of aircraft jet-engine and ship propeller, and applied them to the fan, and ultimately manufactured much quieter and softer wind.
Taking a step forward from fans just washing away heat and humidity in 2013, circulator, an air circulator, has been released, which is the first item rotated up and down, and left and right automatically, in Korea.
Bokuk has explored a new market from a circulator usually recognized as outdoor purpose in Kores to ‘home circulator.’

Compared with the past, consumers do not just purchase or consume home electronic appliances since living space and consumption patterns have been changed.
They want to have much cleaner air, more refreshing sleep, and pleasant living.

Bokuk has seriously considered the core of circulator, which is wings making wind.
A newly launched 9-inch- and angular triplane-wing Z Booster Wing this year has more abundant air volume than the previous round-shaped wing, and it is created by taking a hint from z-shaped wing.
Wind from Z Booster Wing has high straightness and even makes wind in blind spots through circulating the indoor air locked.
Bokuk has successfully developed a new wing shapes which can make more abundant and quality wind by manufacturing the ends of wing as a hook shape and collecting wind,
which can be released a bit, to the end of wing.

Bokuk circulator has design and colors naturally fitting into other home appliances.

Light controller in my hands

Power (on/off), change of air volume and time can be controlled with a remote controller even from a long distance or a high place.

Bokuk circulator can be controlled to angles desired up and down, and left and right by using just a button.
You can move the main body and remote controller desired just by touching them.